The keeper of this gorilla assumed he was familiar with its behavior and habits until Bobo, the gorilla, suddenly began to behave extremely strangely. He wasn’t moving around the sanctuary as much as he should have. He wasn’t interacting with other gorillas like he used to. The keepers had no idea what was wrong with him. Not until they got closer to the checkpoint. They only needed to spy on him to figure out what he was up to. 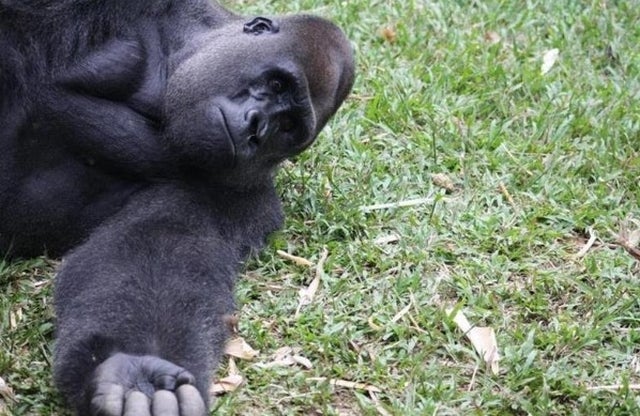 To avoid getting too close to him, they attempted to devise a unique method of determining what he held in his huge paw from a great distance. When they realized what was going on, they all agreed: no one had ever seen an ape do something like this before. It was strange behavior for a gorilla. Bobo’s behavior was unusual in comparison to the other gorillas in the sanctuary. What could Bobo be holding in his hand?